Manufacturing is the foundation of Atlas Tube (along with the five other divisions of JMC Steel Group). Without the men and women who operate our facilities day in and day out, we wouldn’t be where we are today, and neither would our economy.

According to the Bureau of Economic Analysis, manufacturing in 2013 contributed $2.08 trillion to the economy: a fifty billion dollar increase from the $2.03 trillion generated in 2012. What’s more is that for every $1.00 spent in manufacturing, $1.32 is put back into the economy.

These are rather significant numbers, and considering approximately one in six jobs in the private sector is in manufacturing, combined with the growing demand for steel-manufactured products, we are at a time where the demand for skilled workers surpasses the supply. This is one of the many reasons JMC Steel is proud to partner with World Business Chicago, Mayor Rahm Emanuel, and the Chicago Federation of Labor, in addition to other business leaders to launch the 1000 Jobs campaign.

A brief overview of 1000 Jobs for Chicagoland Manufacturing 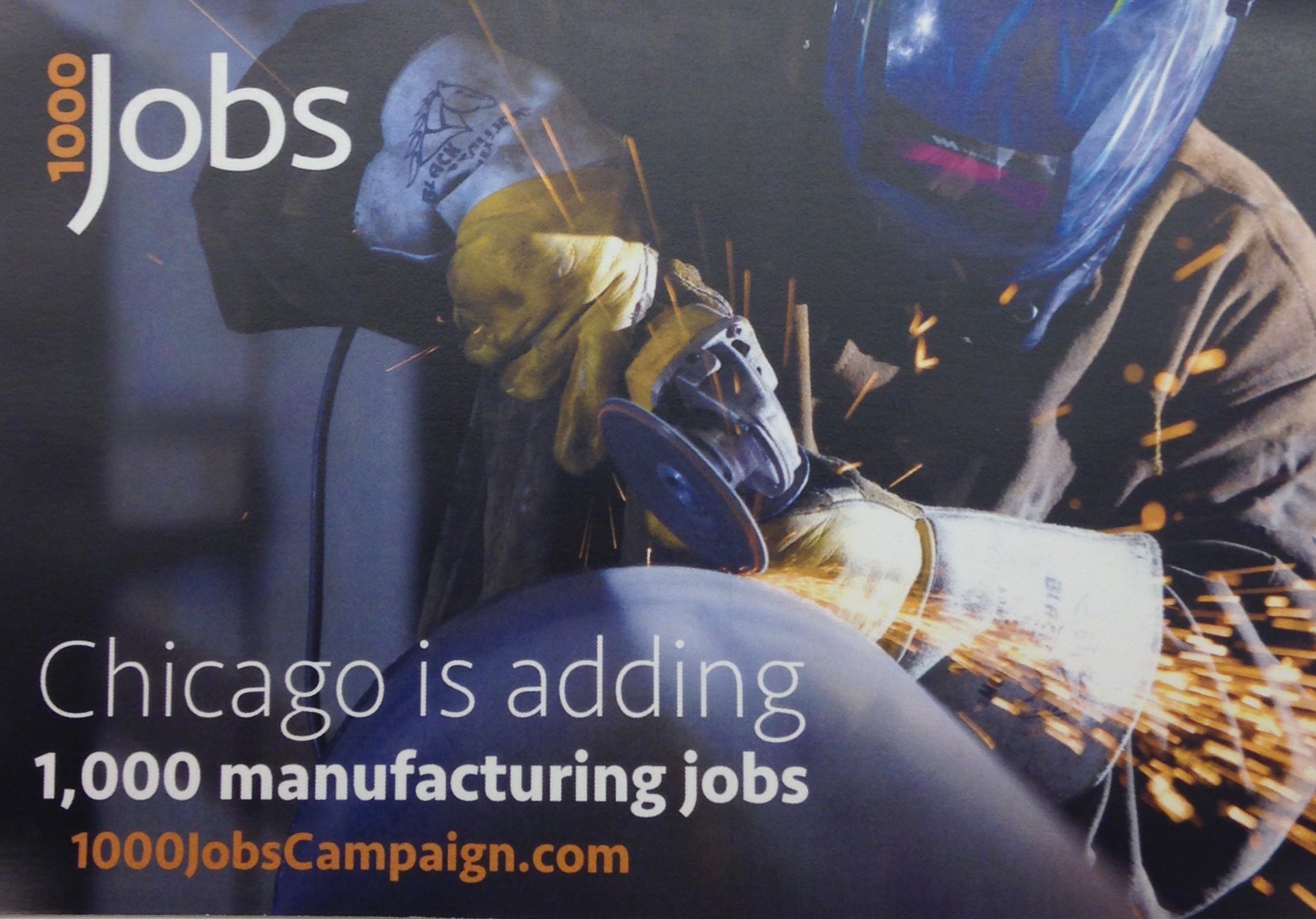 Chaired by Mayor Rahm Emanuel, the 1000 Jobs campaign’s goal is to raise awareness about manufacturing and place at least 1,000 qualified workers into jobs. Additionally, this project looks to “build on the work we have done to reestablish Chicago as one of the country’s major manufacturing hubs,” said Mayor Emanuel, at yesterday’s press conference that launched the program.

As presented in a press release from World Business Chicago, the program has three areas where it will focus, including:

With the addition of these jobs, Chicago Federation of Labor President Jorge Ramirez believes, “we will develop a skilled workforce that will lead the industry into the 21st century, and in turn will strengthen our communities and the middle class.”

Our own President, David Seeger also offered a few words during the press conference. Despite the competitive wages and fulfilling work Atlas Tube offers, “we find a shortage of interested, qualified applicants for open positions. We’re excited to partner with World Business Chicago to promote the manufacturing industry, grow our local applicant pool, and, ultimately, grow our local economy,” David said.

David also sat down this afternoon with Chicago’s Fox 32 to touch on the 1000 Jobs initiative.

We’re looking forward to the opportunities this initiative presents not only for Chicago, but JMC Steel Group as well. We see firsthand how vital manufacturing is to our economy and the importance of having skilled workers to draw from.

In need of a skilled workforce, as of August 2014, we have partnered with Daley College to support their “College to Careers” program. With this partnership, strong students are provided the opportunity to be recommended for hire at JMC. During the past four months, we are proud to have brought on two Daley College students, including a Mill Entry Operator and a Truck loader.

Dedicated to manufacturing for a better tomorrow, we’re eager to see the 1000 Jobs initiative create a more educated and skilled workforce, solidify Chicago’s name as a major manufacturing city, and help restore the economy in the great city of Chicago and beyond.