As 2015 comes to an end, we wanted to take some time to look at an area that has a significant impact on our pipe piles product division: infrastructure spending. An option for deep foundation support, our ERW straight seam pipe piling products have been used throughout the country in various infrastructure projects, including bridges and structures, as well as other DOT and US Army Corps of Engineers’ projects (if you’d like additional information about these projects, please contact us).

The issue of America’s crumbling infrastructure is no secret. And however suspect our country may be, there’s no question that we’re all hoping to see additional funding allocated and improvements made to our nation’s infrastructure, sooner rather than later.

Since we won’t have concrete data about where infrastructure spending was for 2015 until early 2016, we’re taking it back to 2014 – the latest for which public spending information is available. Going through a report from the Congressional Budget Office, Public Spending on Transportation and Water Infrastructure, 1956 to 2014, we pulled out some of the most interesting and informative facts and statistics about infrastructure spending in 2014 in addition to some historical data.

1. In 2014, public spending on infrastructure totaled $416 billion. This includes spending for transportation and water infrastructure. At the state and local government level, spending totaled $320 billion. Federal spending came in at $96 billion.

2. Infrastructure spending is divided into six types of transportation and water.

3. In 2014, total public spending by type of infrastructure was as follows: 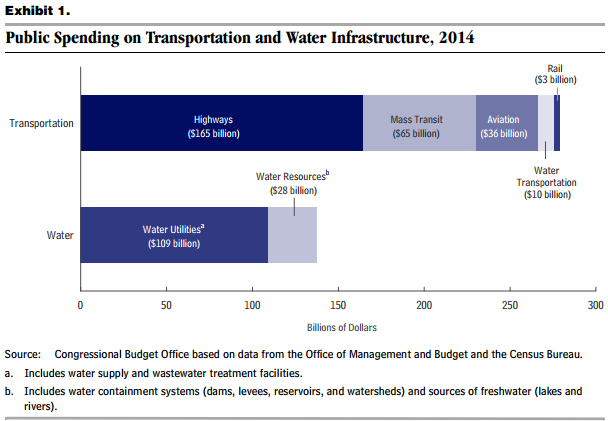 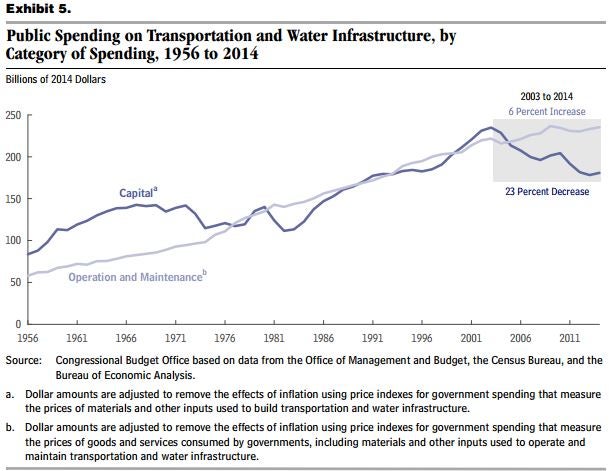 • Federal-Aid Highways Act of 1956: built the Interstate Highway System in the 50s and 60
• Clean Water Act of 1972: improved water quality and increased spending on water utilities
• Transportation Equity Act for the 21st Century (1998): increased federal support for highway and mass transit projects
• American Recovery and Reinvestment Act of 2009: provided a temporary boost in federal spending on transportation and water infrastructure
• Budget Control Act (2011): established caps on discretionary funding for non-defense programs. This law will be in place until 2021. 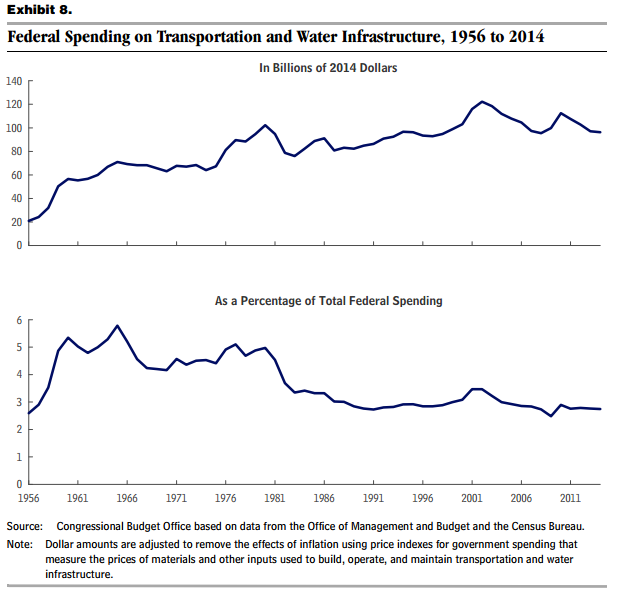