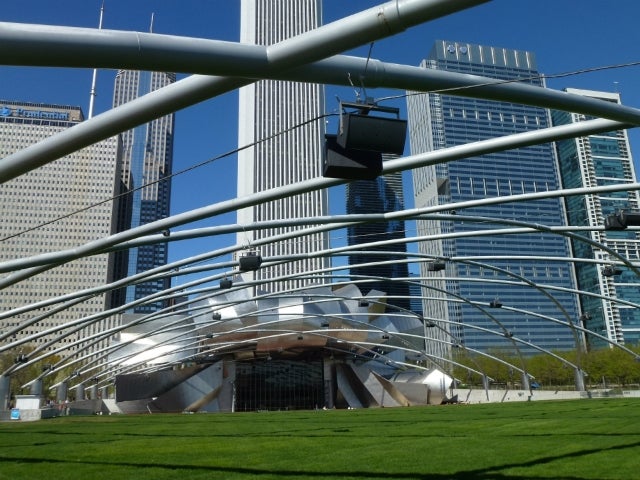 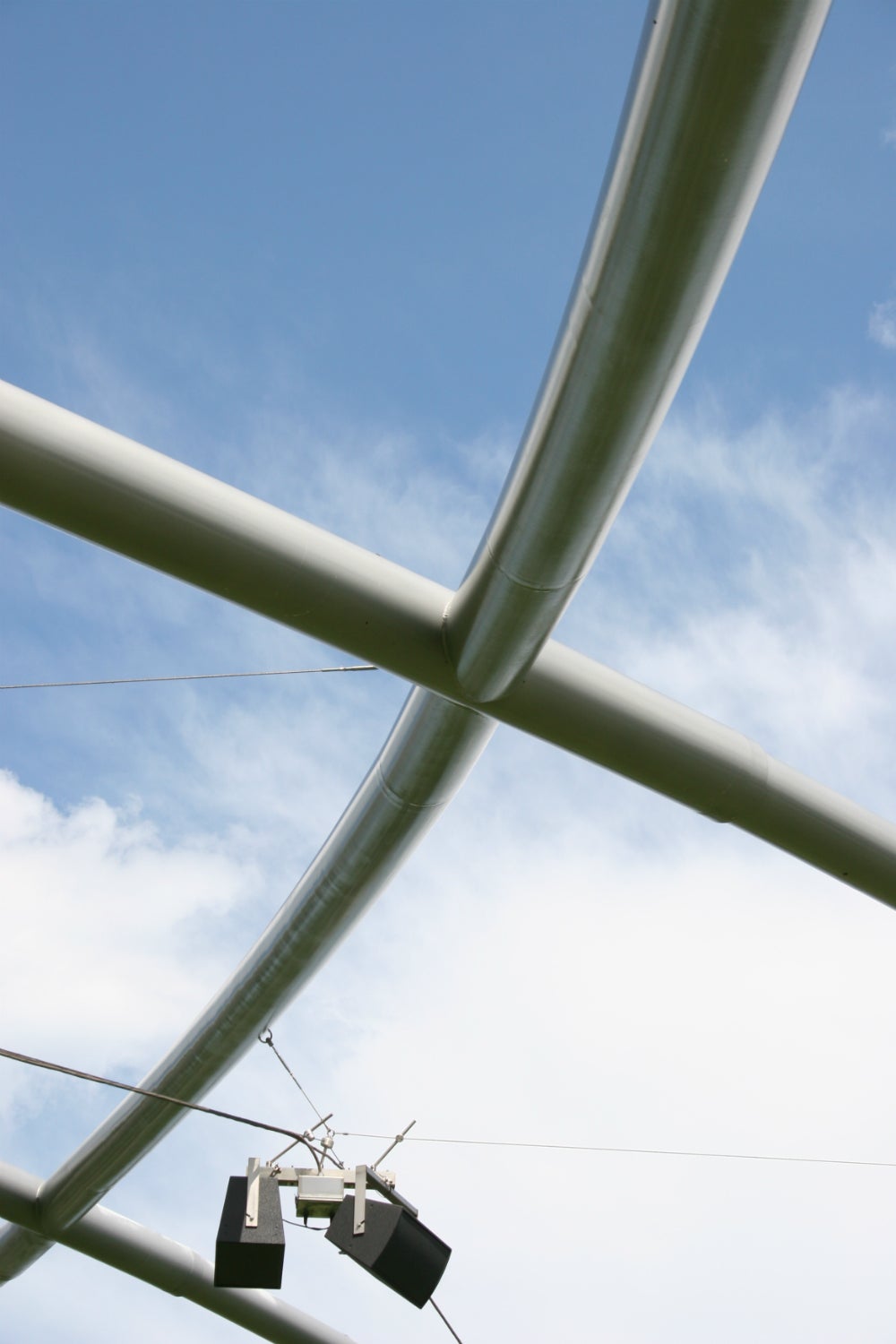 The possible curvature of such members is limited by the magnitude of distortion of the cross-section allowed during the bending process. A 1998 study of this topic deduced minimum bending radii for cold bending HSS, based on a series of experiments using three-roller machines and deformation limits of 1% and 2% of the wall dimensions. These recommendations, for square and rectangular HSS, are given in the 1997 CISC book by Packer and Henderson. By using more specialized techniques, modern benders (typically a specialty subcontractor of the fabricator) can achieve even smaller radii than these. A list of AISC member bender-rollers across North America is obtainable from www.aisc.org/benders.

AISC cites a number of available bending methods, listed below.  Some are common to the steel construction industry, but some are more common to the automobile or manufacturing industries.

Cold bending using “pyramid rollers” is a very common curving technique used to create HSS members with a constant radius. The method involves passing the member between three rollers, oriented in a “pyramid shape”, varying the distance between the rolls with successive passes. 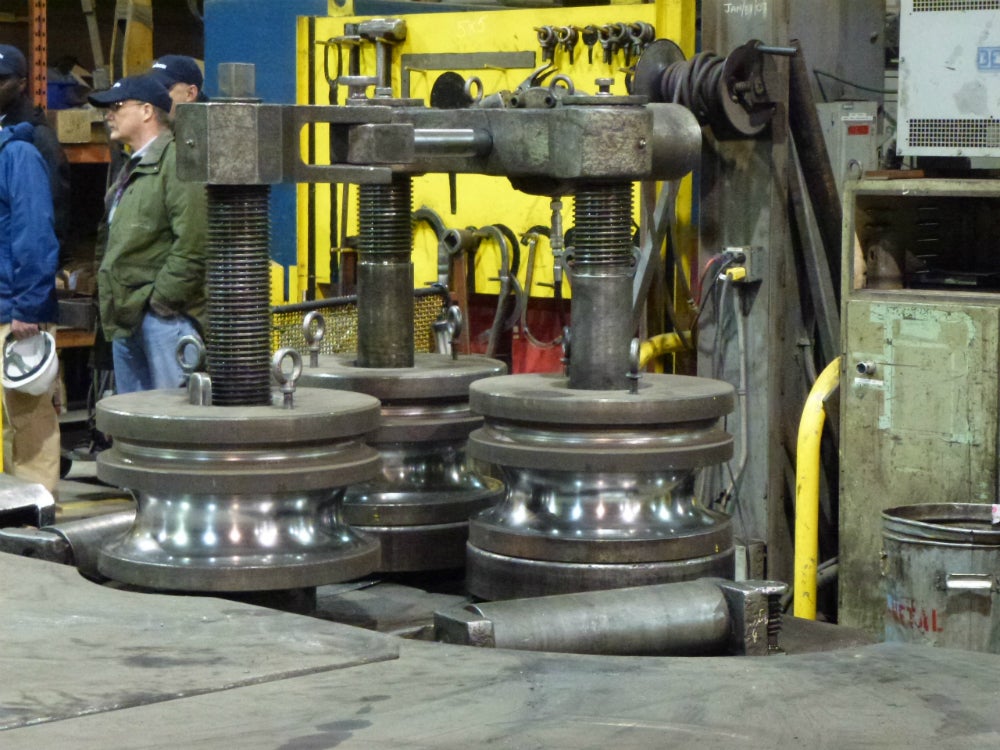 Based on the websites of various benders, the most commonly used methods in industry at present appear to be pyramid rolling, gag pressing, rotary-draw bending and induction bending. 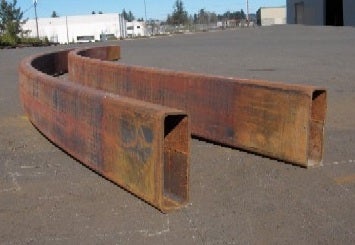 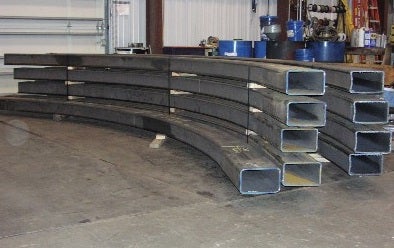 Since benders tend to consider their process both a “science” and an “art”, as well as “intellectual property”, published data for HSS bending radii are usually only given as a guide. Thus, it is very important to contact steel benders at an early stage of the project, to both determine their capabilities and the associated costs.