Here at Atlas Tube, we appreciate the finer things in life, like engineering, architecture and design. As an HSS manufacturer, we not only like to stay current with the latest in design, we also enjoy seeing HSS in different applications. From bridges and buildings to rollercoasters and stadiums, HSS can be found in structures of all shapes and sizes.

The first in our new blog post series, we will be taking the time to admire different applications where HSS was used in building designs. This month, we’re going to tackle four sports stadiums, including two football stadiums, one soccer stadium and one baseball stadium (full disclosure: these stadiums have Atlas Tube products in them).

Sadly, football season is over – and what a way for it to end! Despite the six-month wait ‘til preseason, I’m confident it will pass by quickly.  In an effort to get through the next several months without the gridiron, here are two well-known football stadiums that were built with hollow structural sections: AT&T Stadium and Levi Stadium.

Completed in 2009, the stadium home to the Dallas Cowboys costs $1.15 billion to construct. However, it wasn’t until 2013 that Cowboys stadium was renamed AT&T Stadium.

Prominently featured at the entrance of the stadium, you will find HSS not only acts as a design element, but also a structural element. This is one of the reasons HSS is used for exposed and non-exposed applications. 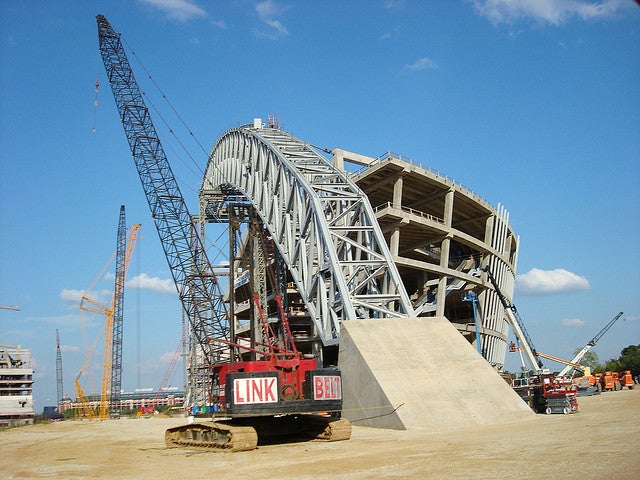 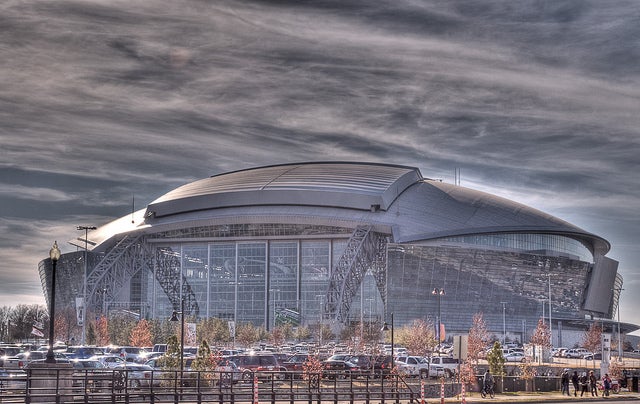 San Francisco 49ers’ Levi Stadium is another example of Atlas Tube HSS products being used in the construction of a new stadium. While this stadium doesn’t have quite the aesthetic appeal or unique design of AT&T stadium, it’s obvious the engineers and architects used the HSS for more structural and sustainable reasons. In fact, Levi Stadium is the first US professional football stadium to achieve LEED Gold certification. Created to accommodate various events, focus of the stadium’s design was on fan experience and green technology. As you can see in the images below, HSS was used to give the stadium a distinct roof-like canopy that was designed to look like the arc of a soccer ball flying across the field. In fact, the steel substructure of the roof is covered with “a high-performance polycarbonate glazing system that minimized weight and maximized light transmission onto the field” developed by Duo-Gard. 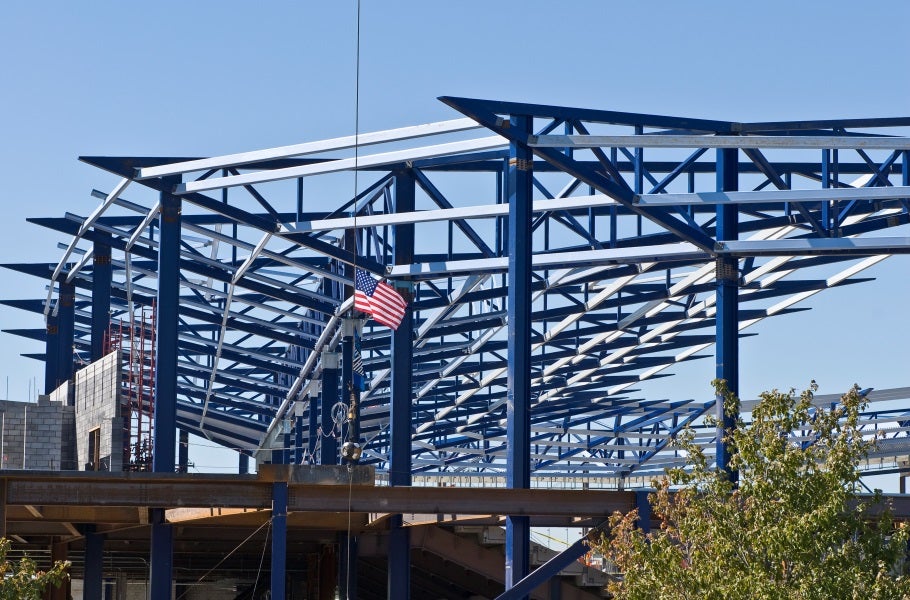 Like any other design, no two stadiums are alike – no matter how similar they may seem. However, if you’ve ever been to a ball park, you know how vastly different each one can be. Much like the teams, each baseball stadium has its own unique design and atmosphere. Yankee Stadium is no different, although it does resembles the team’s former ballpark.

Located one block from its original site, Yankee Stadium is one of the most expensive stadiums ever built. Although less noticeable than the stadiums above, Yankee Stadium does in fact have HSS in it. Covered by limestone, granite and pre-cast concrete, there is plenty of steel acting as structural support for this Broxn stadium. What are some of your favorite sports stadium designs? Share them with us in the comments below!