There are a number of public domain connection solutions for moment-resisting frames under high seismic loading available as prequalified designs in AISC 358, however none of these pertain directly to hollow structural section members.  This absence of endorsed full-strength seismic moment connections for hollow sections is sometimes perceived as a barrier to using HSS columns in such frames (recognizing that W-sections would typically be chosen for beams) in North America.

In Japan there is a very high utilization of hollow sections as columns in steel rigidly connected moment-resisting frames, as such connections are prequalified and fabrication shops are very familiar with this mode of construction. Using a (recommended) strong-column-weak-beam design procedure, in order to achieve full moment capacity transverse column stiffeners are usually needed to transfer axial loads in the beam flanges. These (two) stiffeners can be either internal, external or through diaphragms, examples of which are given in Fig. 1. 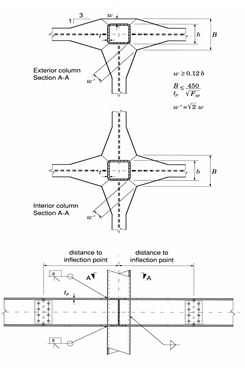 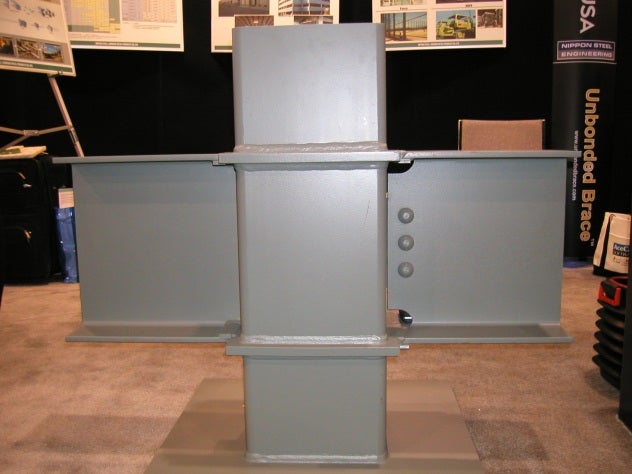 Fig. 1: Diaphragm connection to RHS column: (a) external; (b) through

Design procedures for these diaphragm connection types are given in Chapter 8 of CIDECT Design Guide No. 9 on Connections to HSS Columns (2004). The through diaphragm (Fig. 1(b)) is the most popular in Japan, but the diaphragm-to-column fabrication procedure is now standardized there and largely performed by welding robots in the shop. This technique, and the resulting quality expected, is difficult to achieve for shops unfamiliar with such fabrication. The external diaphragm method for stiffening the column is a practical alternative for widespread implementation; it is much simpler to fabricate and the shaped diaphragms can be slipped over a HSS column without cutting the column member. This concept has already been adopted in severe seismic regions elsewhere (e.g. Fig. 2). 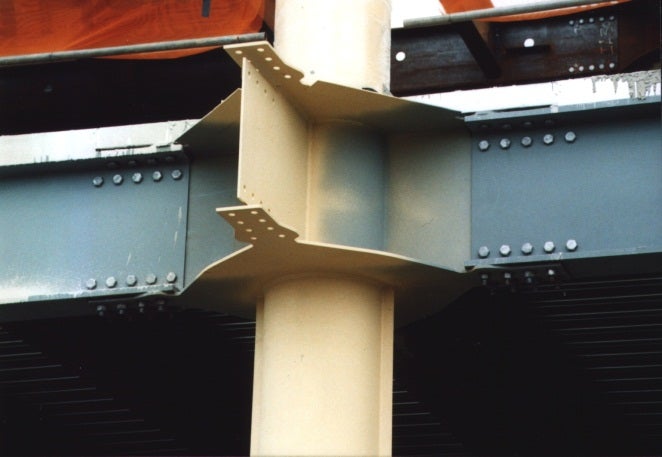 AISC 358 has prequalified the ConXtech® ConXL™ moment connection for Special Moment Frames (SMFs) and Intermediate Moment Frames (IMFs), with beam clear span-to-depth ratios ≥ 7 (for SMFs) and ≥ 5 (for IMFs), and 16 in. square columns. ConXtech® (www.conxtech.com) has also received ICC-ES qualification for another version, the ConXR™ moment connection, for smaller columns. This proprietary connection (shown in Fig. 3) consists of collar assemblies that form a compression collar around a square HSS column when fastened with high-strength pretensioned bolts. Rigid bi-axial fixity is achieved between the column (concrete-filled) and up to four W-section beams, with no field welding. Column collars (with a 3D taper) are initially shop-welded to all four corners of the column and beam collars (also tapered) are similarly shop-welded to the top and bottom beam flanges, then on site the beams are lowered into their supports on the column and finally the parts are tightened together with diagonal bolts at the column corners. The collars (forged and machined) are designed to remain essentially elastic, with sufficient strength to force hinging in the beams. In conventional moment frame design the number of moment-resisting frames is kept to a minimum, for reasons of economy, but with this framing system a “distributed moment-resisting space frame” is achieved since all or most beam-column connections are moment-resisting and this leads to much greater redundancy and robustness, with increased resistance to progressive collapse (AISC 358). This patented bi-axial framing system by California-based ConXtech® is prequalified by AISC 358 for only 16 in. square HSS concrete-filled columns at present. 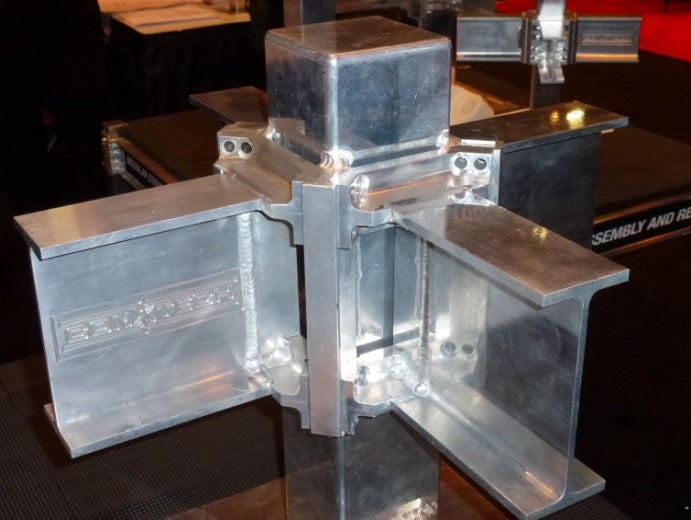 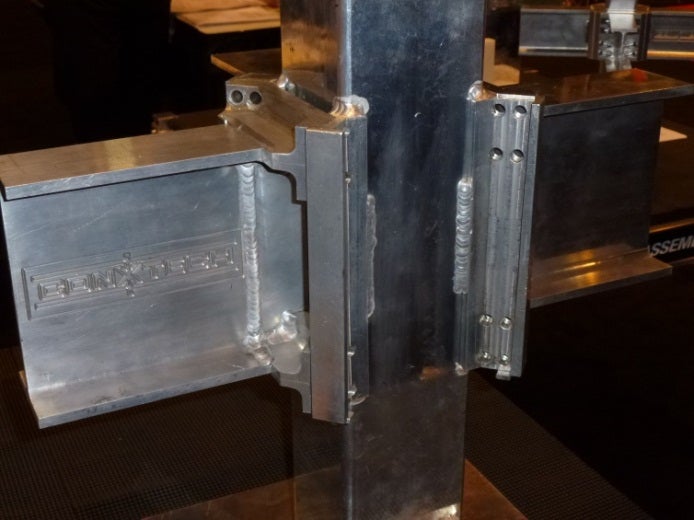 Fig. 3: Model of ConXtech® ConXL™ moment connection, and with one beam removed

Another seismic moment connection system, potentially applicable to square and rectangular HSS, but not prequalified at present by AISC 358, is SidePlate® (www.sideplate.com). This system uses a series of welded-on plates to create a rigid, fixed planar connection between the column and W-section beam(s). In the shop, flange cover plates are welded to the top and bottom of the beam(s) and side plates are welded to two sides of the column. On site, in the latest embodiment of this system, the connection can be completed by bolting the beam cover plates to angles protruding from the column side plates. This concept has the potential for development as a prequalified proprietary seismic moment connection for HSS columns.

The range of prequalified connections in AISC 358 includes bolted unstiffened and stiffened extended end plate moment connections, as well as the Kaiser bolted bracket, which is a proprietary form employing cast-steel stiffened brackets. These standard and proprietary connections are developed for use with W-section columns. Adapting such configurations to HSS columns requires the development of solutions that deal with the issue of local deformations in the connecting column face.

Achieving full rigidity as well as moment over-strength in directly bolted connections to the faces of HSS columns can be difficult and is often impractical, as the column walls typically have to be reinforced in some manner; for example by the addition of collars or collar plates. Fig. 4 illustrates a feasible solution for an end plate connection, to a concrete-filled HSS column using long “through bolts”. Two-way connections could be detailed so that the bolts or rods are slightly offset.