It was a project Cast Connex was involved in about a year ago that really crystallized the need for standardized tapered ends for hollow structural sections (HSS) for use in architecturally exposed structural steel (AESS). The project is the Woods H*** Oceanographic Institution’s Laboratory for Ocean Sensors and Observing Systems (LOSOS), designed by Ellenzweig Architects with LeMessurier Consultants as Structural Engineer of Record.

The building features an attractive roof overhang to provide shade for ribbon windows running the length of the building. The overhang was to be supported with round HSS compression struts. The designers at Ellenzweig keyed in on our Universal Pin Connectors as a means of enhancing the visual aesthetic of the struts; however, the designers wanted to minimize the size of the connections further. As the tubular elements are loaded in compression, their gross axial utilization is low as their sizing is driven by overall buckling. So, although they required 6.625-inch diameter tubular struts, our HSC-4.000 connectors would provide ample connection resistance. Tapering the tubular struts down from 6.625-inch OD to 4.000-inch OD at each end of the strut would also provide a very elegant overall appearance for the struts. And so the project was tendered calling for 6.625-inch OD HSS struts, with fabricated tapers at each end of the strut that transitioned to our HSC-4.000 connectors.

Providing technical assistance to contractors bidding on projects that feature their connectors is something in which Cast Connex pride ourselves. Given the range of projects they’re involved in – from the ultra-complex developments to the most straightforward box-buildings – Cast Connex is positioned to provide steel fabricator customers with a wealth of experience and comprehensive support. So when the bidders (including Novel Iron Works who eventually won the contract) contacted Cast Connex, they suggested bidders follow up with local roller-benders to provide assistance with the tapered portion of the struts. The feedback they received was enlightening. Most roller-benders reported that they could not fabricate the tapered ends as it required specialized rolling equipment. Furthermore, the radii were so tight that the tapers had to be fabricated in two or three pieces and welded together, which would necessitate the grinding of two to three longitudinal weld seams. All of this amounted to a lot of cost and potential variability in the end product. 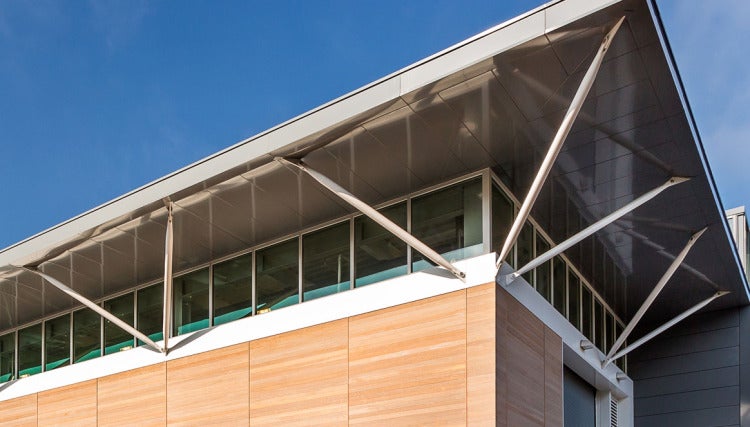 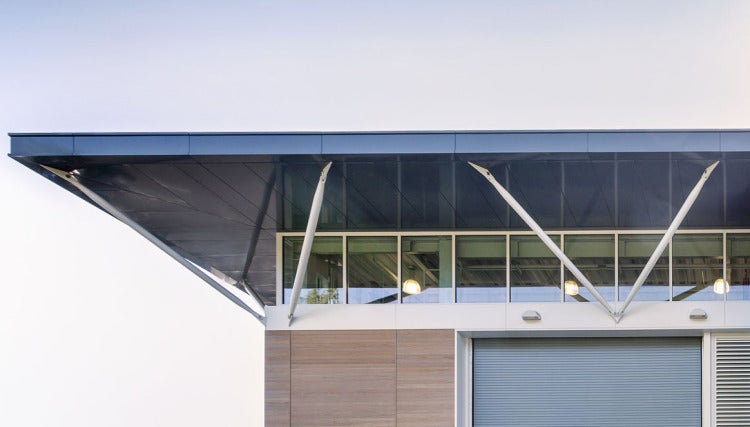 This project highlighted a clear industry need. Architects want to incorporate tapering elements to enable lighter-looking AESS framing but steel contractors are often challenged in finding roller-benders that can produce AESS-quality tapers, because as you know, consistency is a must in AESS.

Cast Connex heard you. They are very proud to introduce the newest product offering – CAST CONNEX® Architectural Tapers™, or ART for short. CAST CONNEX Architectural Tapers are hollowed, cast structural steel conical tapers designed to connect to HSS elements for use in AESS. The specification of ART components will ensure availability, cost effectiveness, and consistency in appearance and quality in your AESS. Further, the simplification of your project’s AESS will keep bidders from shying away from your project’s tender, ensuring your client gets the lowest-cost, yet highest quality steel structure.

And as shown below, they’re Architectural Tapers can be used on their own as well as in conjunction with our Universal Pin Connectors. So, let your imaginations soar and design away! 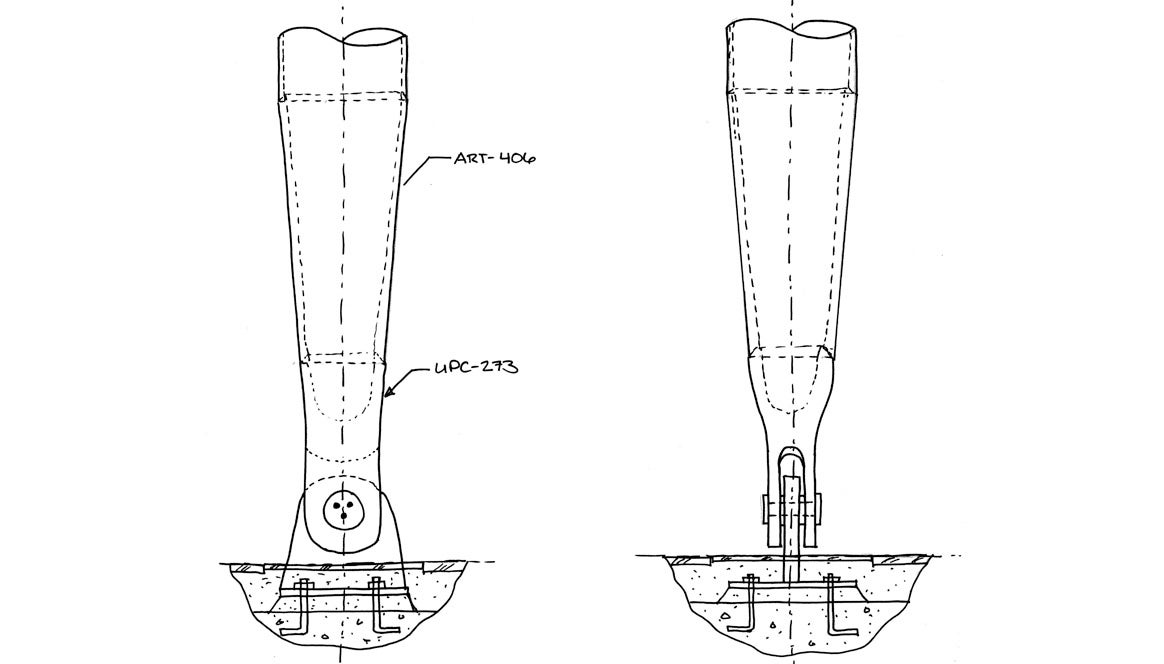